Confusion In The Coaching Industry! 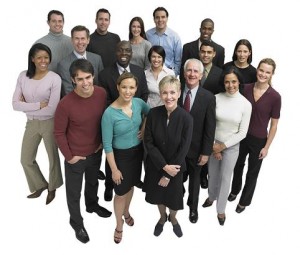 Today there are over 100 different types of life coaching terms. That are NOT part of the sports coaching culture. Not only are prospective coaching clients very confused about the differences between the different labeled coaches, but most coaches are too.

Personal Coaching Was The Original Name

It was called “Personal Coaching,” because it is very personal. Thomas Leonard invented and introduced the very unique, very effective and even more valuable new human improvement process around 1991 that he called “personal coaching.”

Yet, with such rapid growth and Thomas’ untimely death due to natural causes in early 2003 complete confusion has evolved.

Many thousands of people began calling themselves coaches, even though only a few actually conducted the real “personal coaching” process as designed by Thomas, and they generated new names for the coaching process to help market their services.

Do You Have To Worry About The Labels Of Coaching?

Normally NO! There are exceptions like “worm  coach” and “crazy coach.” The key is to be sure you are seeking a coach who will exclusively practice the real “personal coaching” process as it was originally designed by Thomas.

The types of coaching are frequently related to the types of “Coachable Goals” desired by the clients. For example business owners may seek a business coach. Leaders may seek a leadership coach. But real personal coaching is the core foundation of all coaching and can be used to achieve any real coachable goal, regardless of the type.

Why Are There So Many Types Of Personal Coaching?

1. Because people can create any coaching label they want. There are no rules or qualifications governing coaching labels and probably never will be.

2. Marketing! Coaching schools tell their coaching students to create their own niche and they do. Even though life coaching is not a competitive sport, too many people who call themselves coaches compete by creating unique coaching labels,

3. Attention! The media loves and promotes the ridiculous. Anyone who calls them self a “Worm Raising Coach” will undoubtedly get press attention, and probably already has.

4. Culture of specialization! Today people think service providers must specialize to be good enough to be of any value.

5. Media influence! The term “life coach” has replaced Leonard’s original name of “personal coach” due to strong TV influence by multiple TV shows to include the TV show “Starting Over” that created contrived drama conflicts for their actor “life coaches” to come in and solve.

Yet, personal and life coaching are one in the same.