Someone claiming to be Google has been making threatening phone calls.

Updates to the getting calls demanding I update my Google listings.

These Google update calls never stop. I am now getting at least one call per day. They have gotten smarter by showing phone numbers that look legitimate, causing me to actually answer the phone. If I do not answer they leave long aggressive messages.

They claim to be working with and sometimes for Google. I have tried everything to get the calls to stop. I must be on the “Call this number, the idiot will answer” list they pass around to each other.

I am sure they are selling something to motivate them to keep calling. They must be successful capturing tons of profits by selling their stuff to others. They have to be calling others with the same demands and claims. Otherwise, the calls would most likely stop.

The callers DEMAND that I answer THEIR personal and direct questions first. Before they will reveal any facts about them, even after I try asking numerous times. So I just hang up, again and again.

Frankly, I have to believe Google has nothing to do with these calls. No doubt Google does not care enough about our small business to contact us so often and aggressively. And Google would certainly show a real Google phone number. Likewise I would hope Google would also be more open, more honest, and much less aggravating.

What does this have to do with life coaching? Very little. Except I must be concerned about Google rankings to improve the number of desirable people to find my website. And the callers prey on my concerns. I have no way to determine if these calls affect my Google rankings. So I just continue to ignore these calls.

This is what I wrote last year.

My business phone line has received 4 demanding phone calls for people and recordings claiming to be with Google. 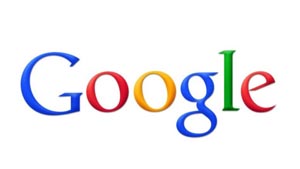 Their demands and threats have escalated with each call. The third call was a voiced recording “Threatening to de-list my web site on Google” unless I comply with recorded instructions.

I operate at least 3 different web sites under 3 different business entities. None of the 4 calls identified the website to be de-listed by Google.

Or is this some elaborate SCAM being perpetrated using Google’s name? In light of the many SCAMS’ being pulled off in recent history, in many areas, I am very wary.

The first call was from a person who claimed to be from Google, whom I could not understand. I think he (or she) demanded I provide the physical address of our business.

I was concerned about the intentions and authenticity of the caller, I asked which State the caller wanted an address for? I was unable to understand the responses, and felt this person was questionable, so I hung up.

The second call came from a more aggressive female claiming to be with Google whom I could understand. She demanded the address for our website, and I asked which web site? She did not provide me with a website URL, but just re-demanded an address.

Because she would not answer my simple question, and because of her demeaning entitled tone, I did not give an address, and hung up.

The third very threatening recorded call disturbed me enough to write this blog. I got the phone number from my caller ID and it was 800-927-6152. I called this number and received a recording to press 1 for an agent, or 2 to be put on do not call. I entered 2.

I received the fourth call while writing this blog. It was also a recording. I confirmed that 503-457-1403 shown on my caller ID was a disconnected number. The recording claimed to be with Google Local Plus and that our website (no specific URL) was not listed and was missing local businesses.

The recording instructed me to press 1 to talk with a “Certified Marketing Specialist” who will get our website placed on the top pages of Google, Yahoo, and Bing, and tell me how I might qualify for a “custom web site.”

Ok, I think I get it. Scammers claiming to be with Google, or Google Plus using a fake disconnected phone number, will get my (Unknown) web site placed on the top pages of Google, Yahoo and Bing. Now they represent all 3-search engines. And to top it off I can even qualify for a brand new custom web site.

Conclusion: This is a SCAM.

I hope to have some fun with the next caller.