Stress at work can be greatly decreased
by controlling the causes.

Stress at work is caused by forces from two different sources

Conflicts cause stress. But true stress is only caused by conflicts within each person. Stress at work is caused by conflicts between the outside demands placed by bosses and other work forces on employees and the inner values, dislikes, and priorities of the employees.

Stress at work is frequently unrecognized. 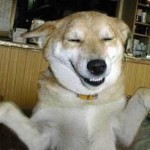 Many times people at work overlook and even discount their inner forces like their priorities, passions, values, and dislikes. The outside forces at work are so prevalent, misunderstood, or even exaggerated in the minds of employees that they completely override their own inner forces.

Consequently work forces are too often given almost total attention and the highest priorities without recognizing the many inner conflicts they cause. Yet, these conflicts cause considerable stress at work.

For example employees frequently blindly follow the orders of their bosses, even though doing so conflicts strongly with their own values and priorities.

Or employees play the game of getting ahead by violating the trust and friendship of coworkers by taking credit for their work while secretly disparaging their coworkers to wrongfully impress their bosses.

The culture and conditions of their work environment expect them to conduct these political backstabbing actions to get promoted, even though doing so contradicts their own inner values of honor and integrity. People at work too often ignore and rarely recognize the importance of these conflicts.

They just blunder on demanding that they themselves only follow the forces of work and disregard the many conflicts they create by doing so. Consequently, these inner conflicts occur much more frequently and stronger than most people recognize.

Humans must release the tensions and stresses caused by these conflicts. Stress at work causes their health and sleeping capabilities to suffer.

People then to focus on fixing these symptoms. They use many different ways to “handle” the symptoms. Stressed people turn to drugs, alcohol, overeating, and numerous different excessive behaviors to release the pressures from stress.

They avoid looking at the Causes of their stress.

Their stress is caused by conflicts within themselves. And their stress continues 24 hours a day, every day. The consequences of stress at work are ubiquitous. It becomes a vicious cycle.

The secret to reducing stress at work is to know yourself extremely well.

People who clearly know their own inner passions, values, priorities and dislikes will be able to recognize when stress-causing conflicts at work occur. Stress at work can be reduced greatly by taking the steps to reduce the conflicts that are now recognized.

But, people must also understand and accept their own inner forces to be as valuable and as strong as they really are. Knowing your values is critical, but discounting their importance can be devastating. Reducing work conflicts are rarely accomplished by allowing work forces to overrun subconscious inner forces.

The best way to take control of conflicts at work is to engage a career coach.

Your career coach will make sure you discover, know and understand all five of your core ingredients (read inner forces) so well that you will become the “World’s Leading Expert on You.”

Then you and your career coach can recognize the degree, the importance, and the consequences of the conflicts that occur at work beforehand. You will then have the clarity, the power and your own secret partner (career coach) to change the work conditions to reduce, if not eliminate these conflicts, which of course reduces your stress at work.

Or if you choose to marginalize these conflicts, you and your coach can organize the conditions to be sure they are only temporary in nature.

Most stress at work is unnecessary and can be greatly reduced.

Stress at work can easily be slashed when bosses and employees focus more on understanding, overcoming and avoiding all of the unnecessary conflicts that occur at work.

The easiest way to reduce or eliminate stress at work is to make sure that employees are well matched to their jobs.

For example, people who prefer working alone, doing research, and organizing facts and figures for others would endure very few unnecessary conflicts by performing in jobs that are tailored to meet these conditions.

However, if they are forced to talk on the phone constantly in a bullpen arena to tough dealing strangers all day to sell some type of service products, they will endure many, powerful, and more importantly unnecessary conflicts.

Controlling and reducing these unnecessary conflicts creates very positive Win-Win-Win stress-free situations for everyone. Unstressed employees and managers working in their best matched positions perform much better on the job, they are much more healthy and energetic, much more confident, and they create far more positive relationships and outcomes.